Another low pressure system is moving close to the UK, though it will move towards Iceland bringing tropical maritime air towards the UK. Possible showers are expected during the day in Northern Ireland, Irish Channel and Western Scotland due to an occluded front stationary between Ireland and Scotland, and some showers could be possibe during the night of the east of England due to the presence of a trough.

The temperatures, due to overcast condition and southerly winds will significantly increase everywhere (8-14 °C), and the maximum will be similar (8-15°C). However, from the evening cooler air moving from the Atlantic and clearer skies would cause a decrease in temperature in Northern Ireland, Wales and Western Scotland (5-10 °C) , instead still milder conditions on the east (10-13°C). 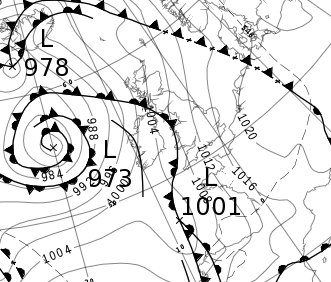 Fig1. Occluded front on Irish Channel and low-pressure on the Atlantic. MetOffice

I am Edoardo and I am passionate about weather analysis and forecasing. I would like to share my knowledge and to learn more with others (both International and Italian community). View all posts by edof93